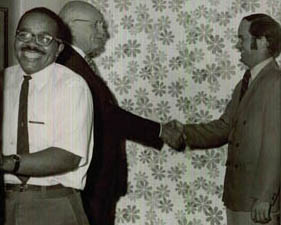 Our club began innocently enough in February, 1968, on an elevator in the Bellevue-Stafford Hotel (of Legionnaire’s Disease fame) in Philadelphia, PA.  Mr. “Winks” Von Schilling (on the left behind  elevator operator) and Mr. Bob Baucom were attending an Annual AACA business meeting being held  at the hotel.  Both men were complete strangers to one another, “Winks” identified only by his name badge saying, “AACA Member – Hampton, Virginia”.

A short introduction between the two men, captured here in this most valuable photograph, led to a drink, and the inevitable question; Why isn’t there an AACA Chapter or Region on the peninsula ?  So, following the meeting after returning to Hampton, the two men got together with a handful of other local faithful antique automobile enthusiasts, and the Historic Virginia Peninsula Region of the Antique Automobile Club of America was organized. 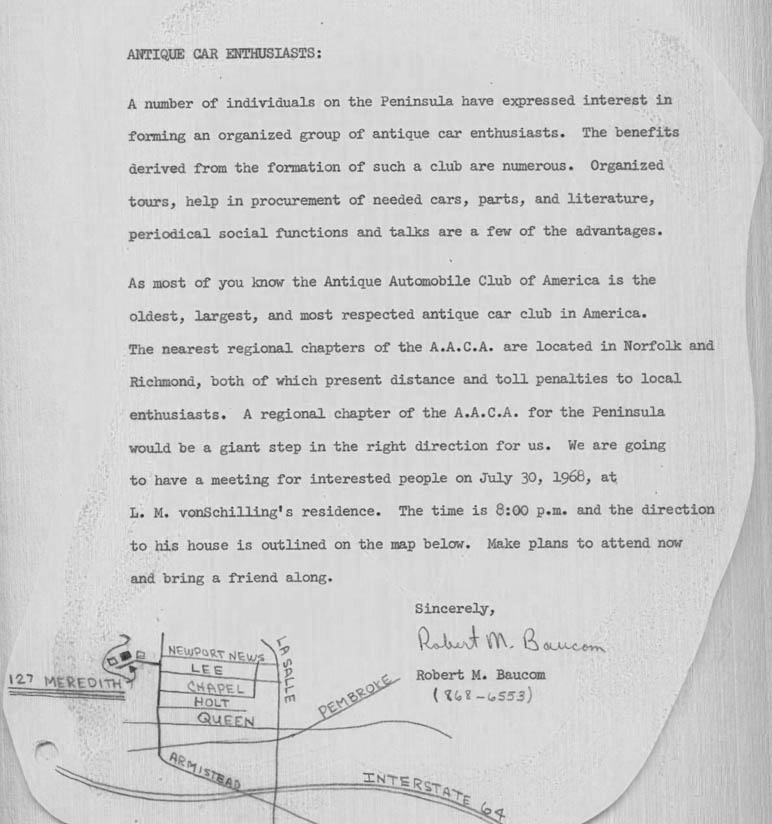 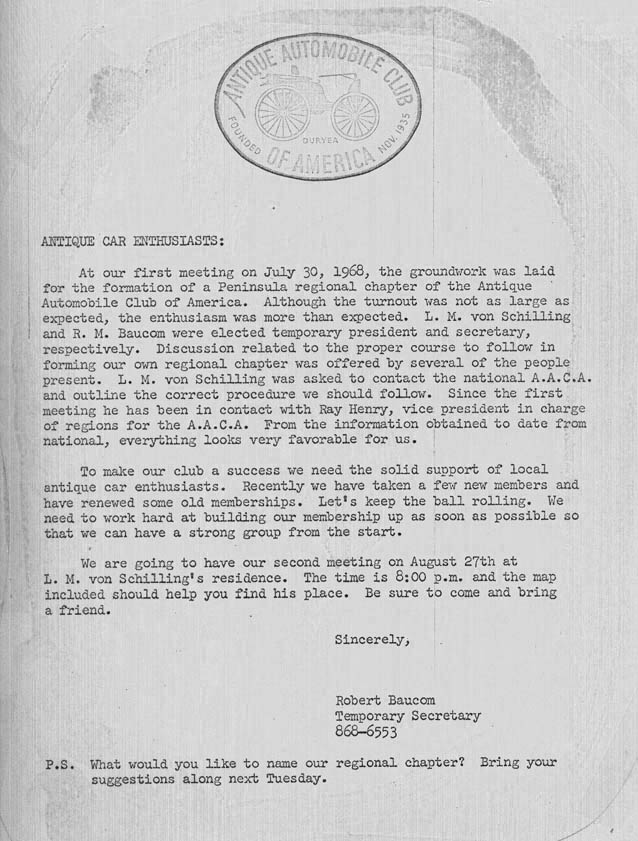 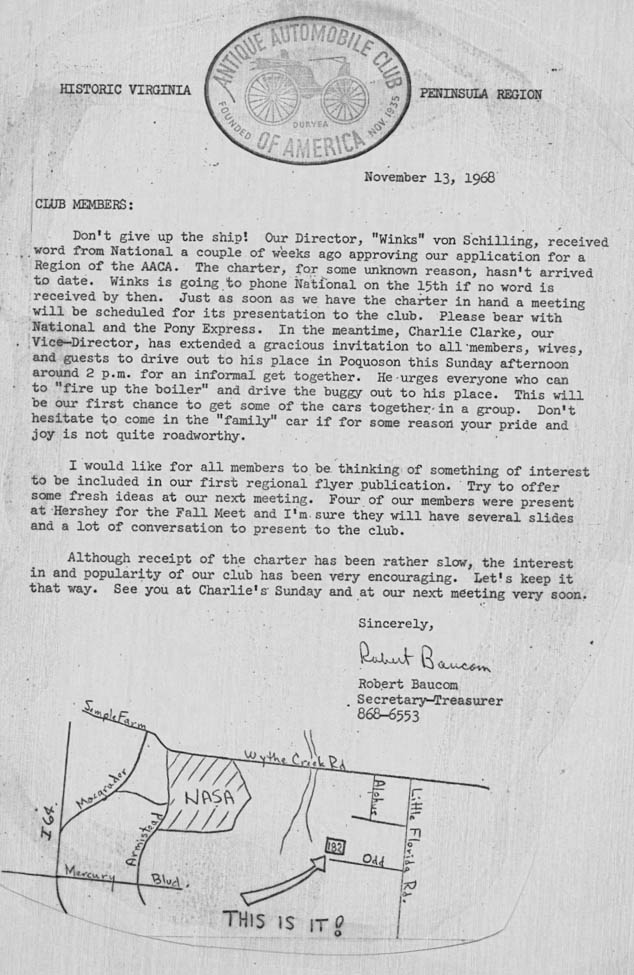 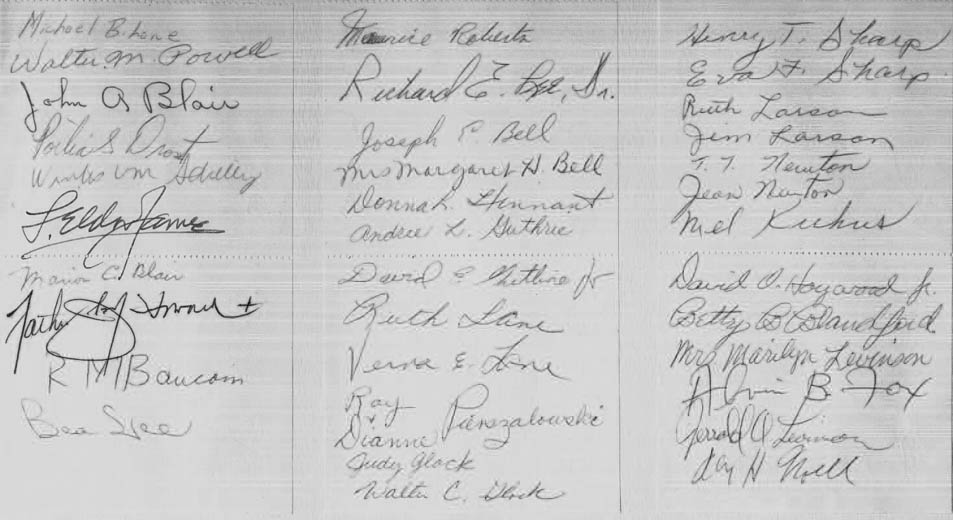 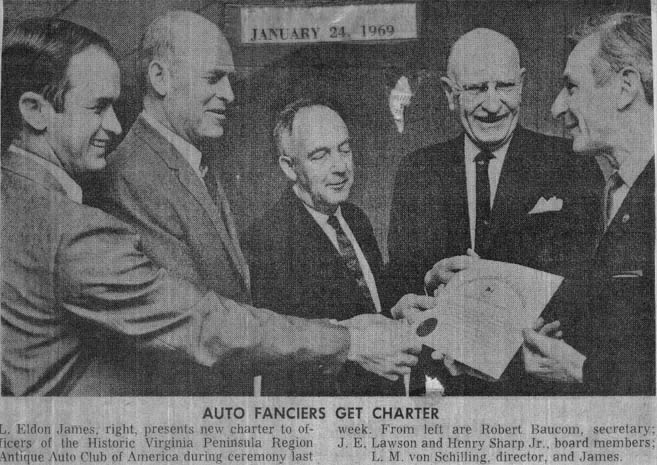 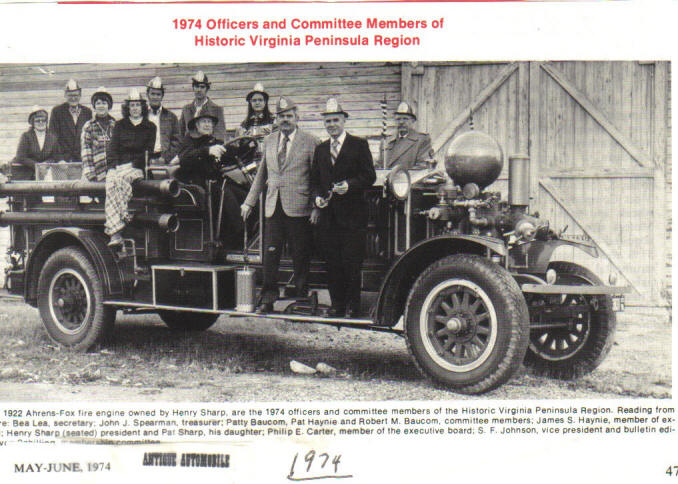 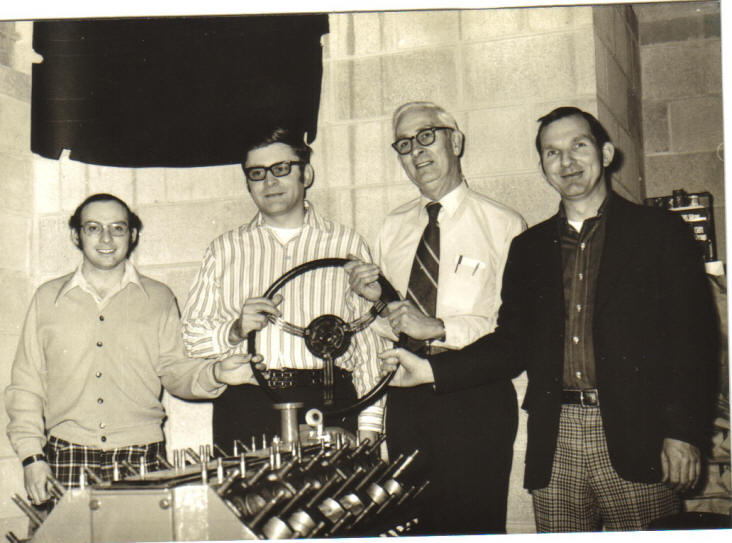